From a few weeks ago, the only print I’ve really been satisfied with from the fashion shoot with Diana Scott (www.dianascottphotography.com). 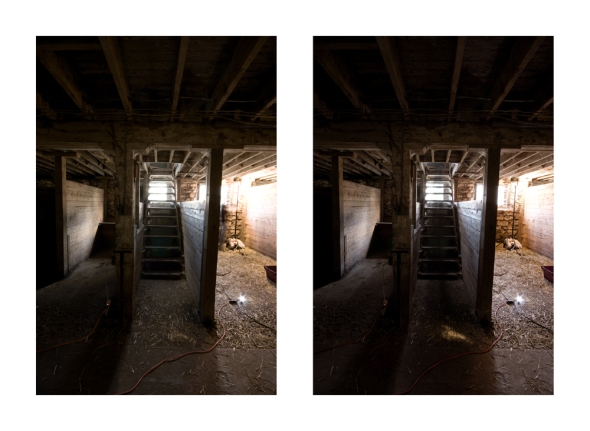 I seem to be drawing up a thread of “things below the surface” in my work lately, usually haunting or slightly malevolent; this work was about toying with the ideas of ghost photography and “repurposed” locations. There’s some thought in paranormal circles that renovation of haunted locales sometimes results in “increased activity”, I might play with this concept in terms of older locations that have been re-purposed or modified, the camera becoming the source of the “haunting”.

Whether this concept will play out in terms of a series, I’m not really sure at this point; I’m not entirely convinced it’ll function as a one-off like it is now.

This entry was posted on October 21, 2009 by mattsparling. It was filed under photos .